Updates to Blast and to Cashculator

Two updates today. Both Cashculator and Blast get minor but important updates.

The updates are now available both on the Mac App Store and for direct version users. Direct customers can update right from the applications or download new versions from the web site and overwrite their copies.

Important bug fixes in this version. Everyone is encouraged to update. It was also submitted to the Mac App Store, so will be there within a week, most probably.

Following recently added support for sending files to Evernote right from Blast, it is now featured on Evernote Trunk – the listing of applications that interoperate with Evernote. Currently it’s right below Evernote Peek!

Blast now allows sending files to Evernote with one click – Cmd-E to send currently selected file to Evernote’s default notebook. One can also right click on a file and send the file to any other Evernote notebook from the pop-up menu. Evernote application for Mac is required to be running on the Mac for this to work. 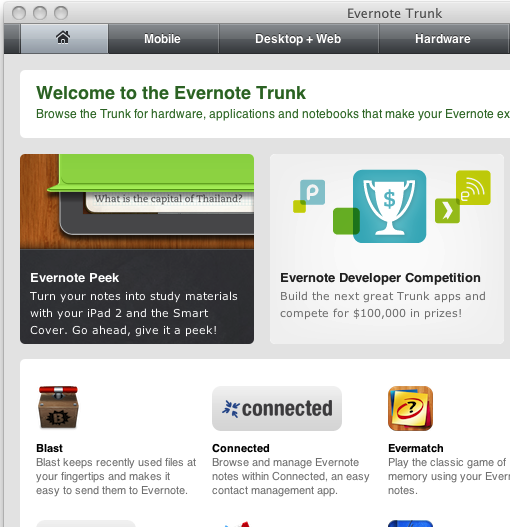 After a long waiting period we’ve finally released Blast update on the Mac App Store. Last version on the store was 1.6.5, so it’s been several direct updates since then. But the good news is that App Store customers didn’t see the bugs that were in versions 1.7.0 and 1.7.1

This release fixes some important bugs and introduces some new features and changes. Read the details.