May beautiful moments and happy memories surround you with joy this Christmas and always! 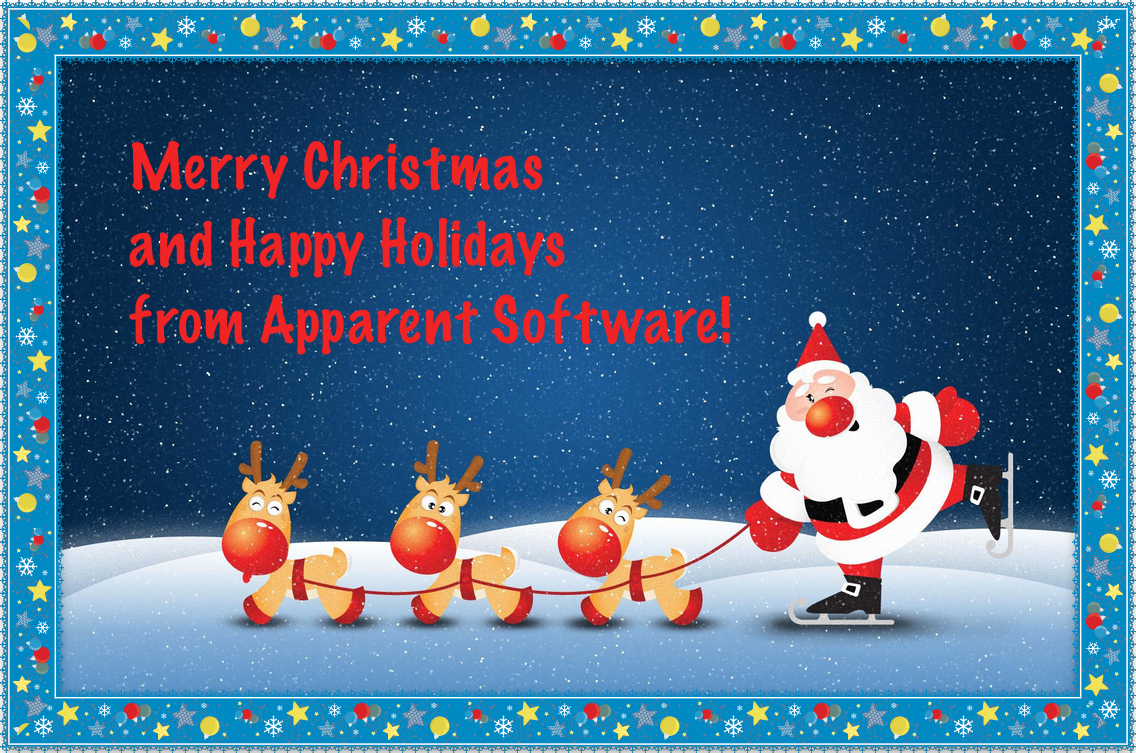 ImageFramer has a variety of Halloween frames! Make your holiday photos and greeting cards unique! 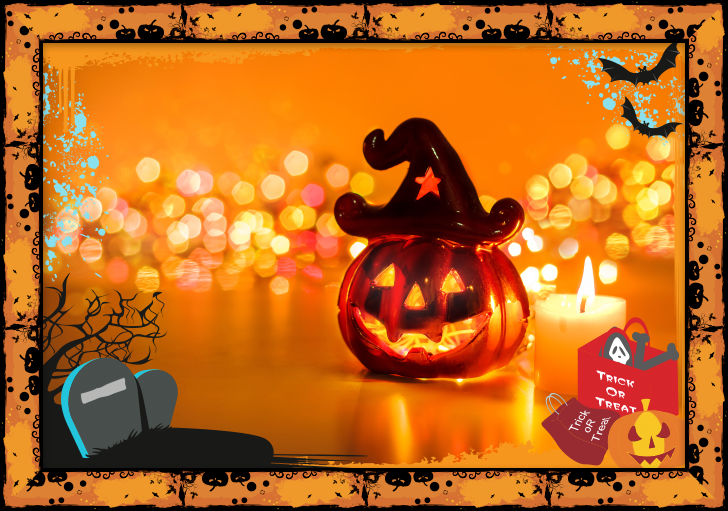 We’ve updated Trickster with a new feature and some bug fixes.

Specifically, we’ve added a preference that can disable Finder folders from showing in the “All Files” list. Some users don’t like it that folders appear in the main list when they navigate in Finder. Note, Folders will still appear in filters that are set to show folders.

This new option is selected by default: 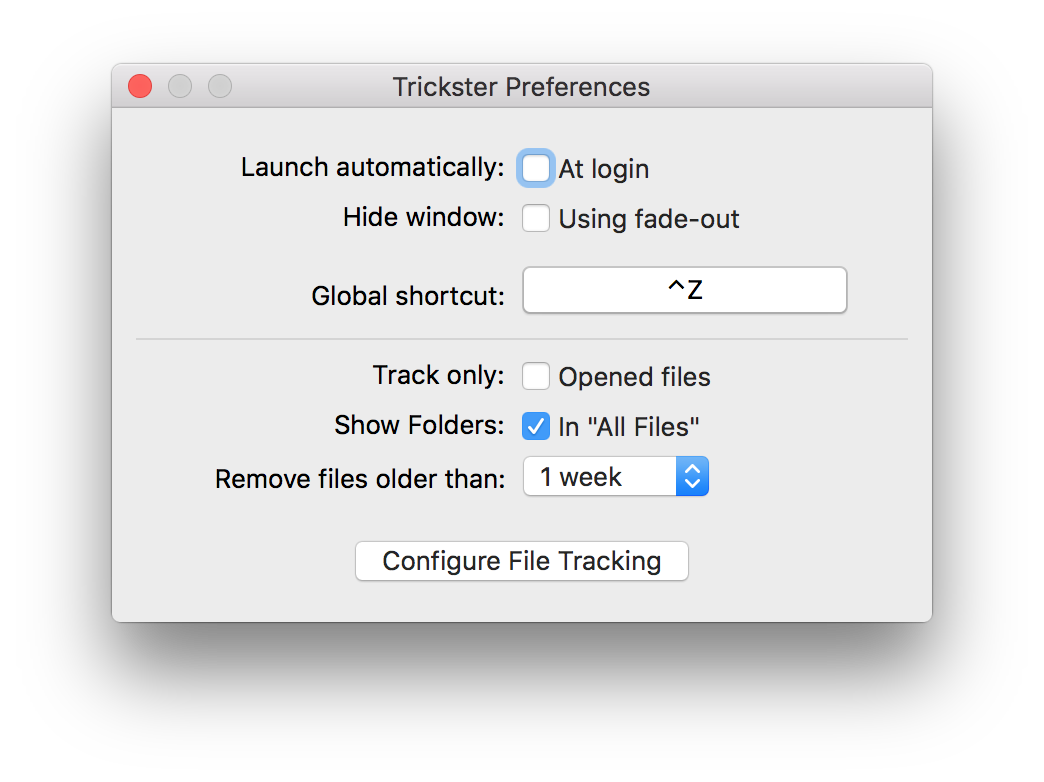 We removed the dialog that would sometimes appear when Trickster detected potential problems with its watched folders (related to Sandboxing). If you don’t know what it means, don’t worry. Some users experienced a stuck Trickster because of that, and it’s not something we’d want you to experience.

Thanks to the customers who gave the suggestions and reported the issues.

Lastly, we’ve added a note that “Watch Folders” also includes all the subfolders of these folders. We’ve added this everywhere it made sense, including in the User Manual.

Watch the video below to learn how you can easily share scans from your iPhone to your Mac and have them appear automatically in Trickster for further processing. This workflow is something that we often use ourselves and it can save a lot of time.

In this “how-to” video we demonstrate how to watch iCloud Drive folders for specific apps in Trickster, using Scanner Pro by Readdle as an example. 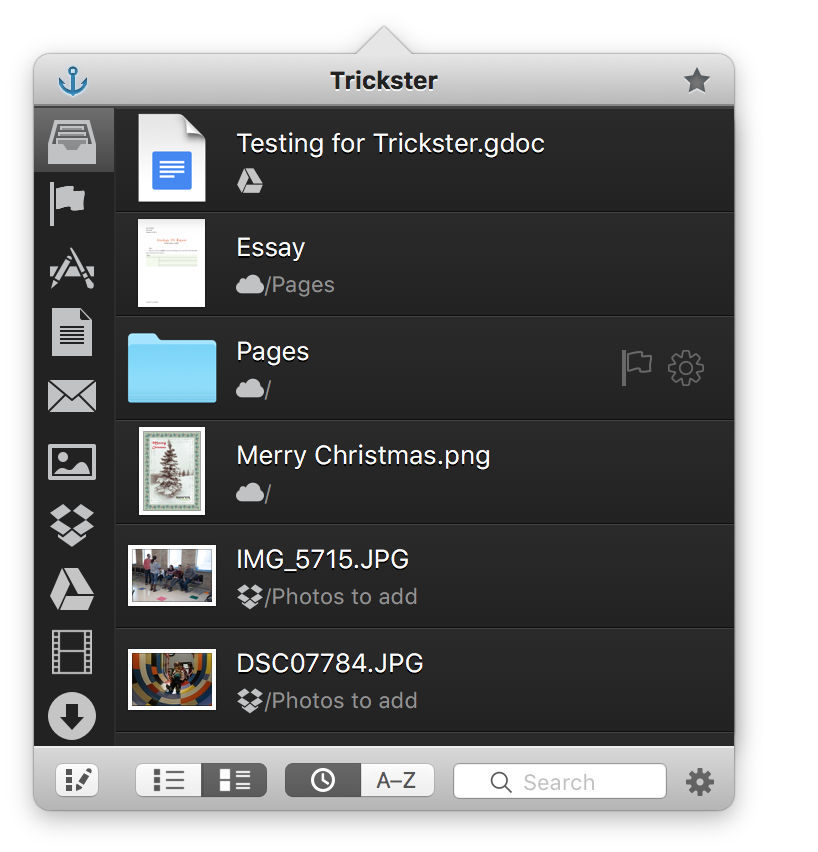 Files in iCloud, Dropbox and Google Drive will now display associated icons in their paths in the file list to make the paths shorter and easier to identify.

We added two icons for filters, one for Google Drive and a generic cloud icon that could be used for iCloud.

We simplified selection of iCloud Drive folder in File Tracking and Filter configurations with a dedicated button that opens the correct location. Note: adding iCloud Drive as instructed only adds the folders that you create and move there manually. For app-specific folders in iCloud, select them and add separately.

Google Drive document changes are now detected after they’re changed on the web, if Google Drive application is running.

We’ve also fixed a number of bugs, including some crashes. 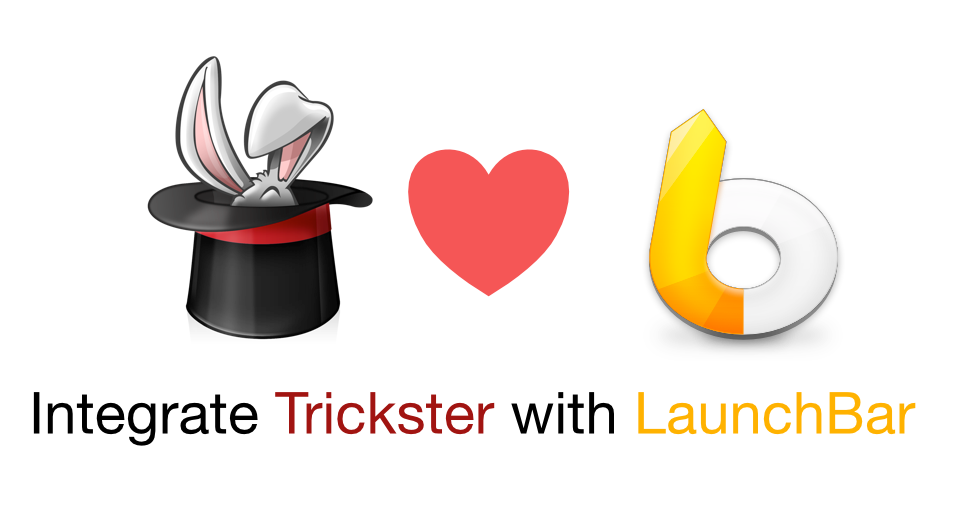 We’ve happy to announce that we’ve worked with the people at Objective Development, who make the fantastic application LaunchBar, to create an action for it for a better integration with it than we previously had.

Version 2.3.4 of Trickster added AppleScript (or Javascript which can be used instead of it) support for Trickster filters, which gives more control for this and other possible integrations.

How to use the action

The action is called “Trickster Files”, so you can invoke by typing starting letters, such as tf or even shorter after Launcher learns it. We suggest adding a shortcut for the action (such as the letter t). Long press on t will show all the latest files which you further use like any other file list in LaunchBar.

Another option is to show the action and press Command-Right when it’s selected to show the list of filters enabled in Trickster, then navigate the filters.

Click on the icon below to download the action. After it downloads, double-click on it. LaunchBar will prompt you install it. It’s that easy. 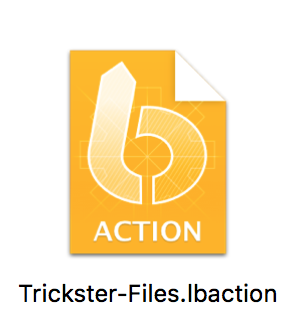 You can use LaunchBar’s “Instant Send” shortcut to send the selected file in Trickster’s own window to LaunchBar immediately, like you’d do from Finder. Very handy.