Updates to Blast and to Cashculator

Two updates today. Both Cashculator and Blast get minor but important updates.

The updates are now available both on the Mac App Store and for direct version users. Direct customers can update right from the applications or download new versions from the web site and overwrite their copies.

Today (Aug 3rd) we released to the Mac App Store version 1.2.8 Cashculator Free. Only the free version was updated and it includes the following important changes:

To celebrate this event we temporarily set the price of the in-app purchase at 33% discount of the regular price.

Note, only the Free edition of Cashculator requires OS X Lion. The regular version of Cashculator on the Mac App Store works on 10.6 (Snow Leopard) and the version available directly on our site is a Universal binary running on PPC or Intel on Mac OS X 10.5 (Leopard).

A week ago we launched the Productive Macs bundle with 8 great productivity applications for the Mac.

We now announce a big raffle of 50 prizes. You don’t even have to buy the bundle. In order to participate in the drawing, do one of the following:

Increase your chances of winning by doing all 3 of them!

The prizes are 10 of each: Fantastical, Firetask, Cashculator, a year of Backblaze online backup or the bundle itself for free.

A couple of days ago we finally released Cashculator Free on the Mac App Store. It’s a little limited version of our Cashculator application, which is available for about 18 months now. The Free version is only limited in the number of scenarios (up to 2) and the number of months that you can plan your finances forward (3 months). Otherwise they are the same.

Free seems to have its power in getting a word about your application as it removes any barriers to downloading it. So far we’ve got some prominent positions on the Mac App Store, at least in the Financial category. It’s number 1 Free Financial app in many countries (including major ones) and it’s also inside top 50 Free Apps currently in the US, UK, Japan, Canada, Australia and more countries. 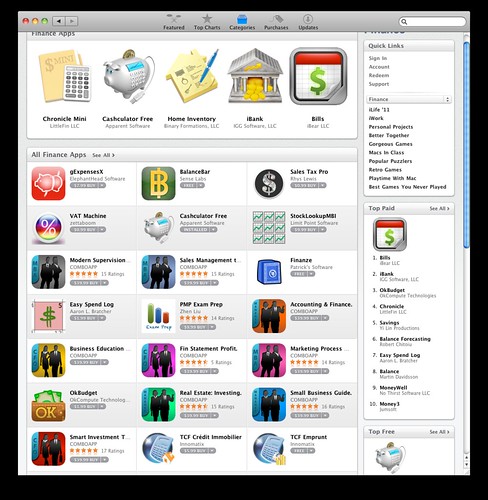 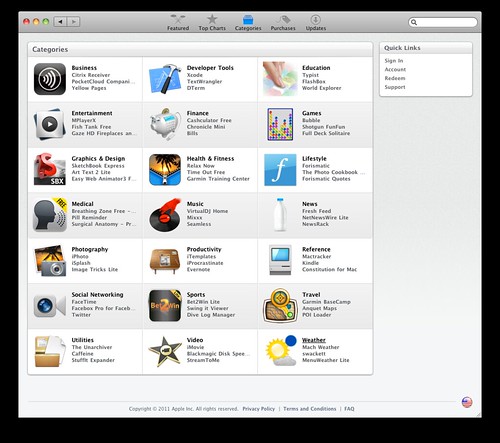 It’s an interesting experiment in marketing for us and we’ll see if it will convert to more sales of the full version. Even if not, it’s still good for our new customers and for us.

After a (longer than we’d like) delay we’ve finally released version 1.2.7 of Cashculator. No major changes this time, though. Some bug fixes and UI changes, plus the ability to sign-up to Cashculator newsletter from within the application. Full release notes: