We’ve had some love from real press in the last several months. First, Cashculator was reviewed in Macworld as part of their “Mac Gems” series of applications.

What’s more, it was also mentioned in Macworld’s magazine Oct 2010 issue, as part of the same Mac Gems reviews. Below are the pictures for the whole page and also the short review itself.

Lastly, MacTech magazine in its July 2010 issue posted an interview with Jacob in their Spotlight column. Find below the scanned interview to get a more personal aspect of him, not limited to programming (click on the image for a larger version which is easier to read).

We hope to improve our contacts with the relevant press and we have some grand plans for it. Stay tuned. 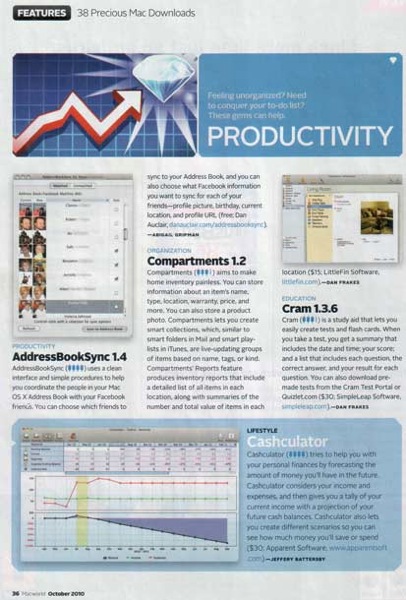 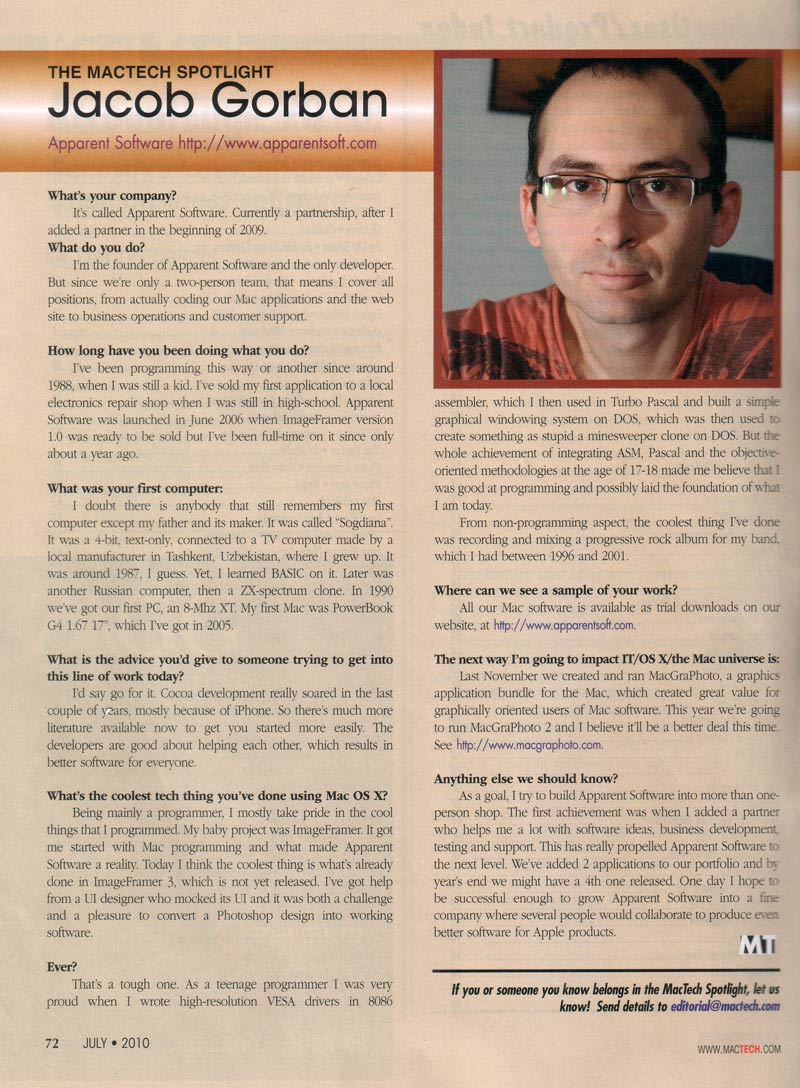