Do you use DMG to distribute your software for download?
Do you create it using a script, by creating a template DMG and then replacing its content upon release?

If you do, which I fully endorse, and you’ve created your template in Finder on Snow Leopard, read below.

In the last couple of days before the ininitial release of Cashculator to the public I’ve been struggling with the DMG creating process. I thought I’d already mastered it. After all, I’ve been already doing it with ImageFramer. So I prepared my template, copied the .DS_Store file from it (I used this process with ImageFramer) and script handled it all fine for me. I look at the final opened DMG and I see the following image (which is what I indended it to be): 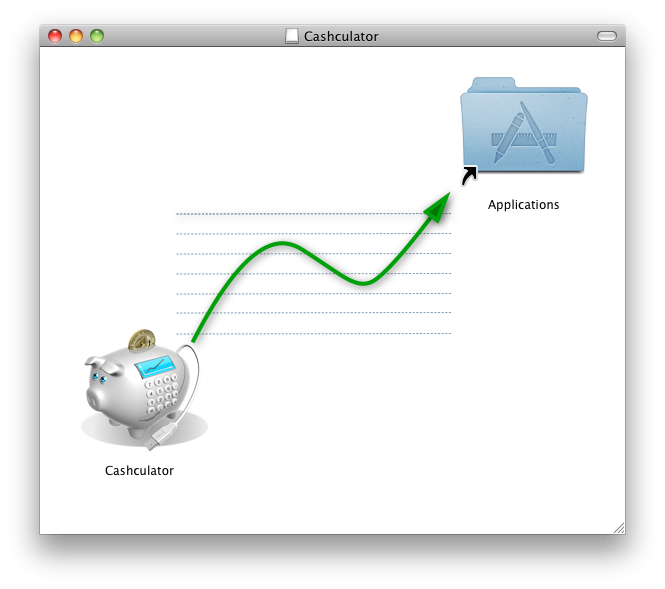 I send it to the server and let my partner Kosta check it on his machine. He’s using Leopard and not the Snowy kind. He send me back the following image, which is far from what I thought it to be: 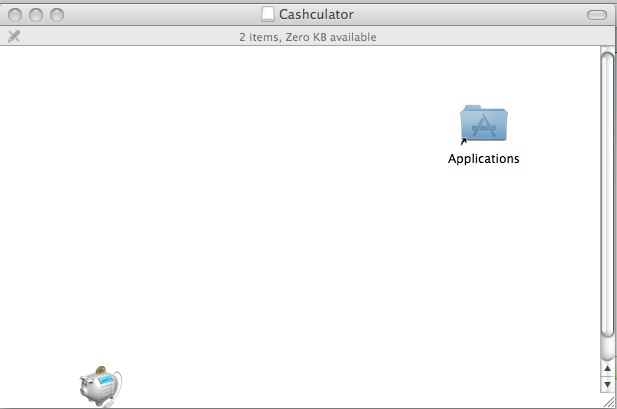 Not good. So I tried this way and that way. I even moved to another system, where I first create the DMG and use  the DMG itself as the template, without exracting .DS_Store first. Nothing helped on Leopard.

So we met and he brought the Leopard machine with him. I open the DMG, press Cmd-J and see that Finder thinks there’s no backgrond image and icon sizes are different.

After some research I came to the conclusion that DMGs created on Snow Leopard don’t show the same at all on Leopard. Frightened, I also tested my ImageFramer releases, which also sport a new background since the release of Snow Leopard. To my shock, it was also totally wrong on Leopard. That’s not how I wanted to convey the first impression of ImageFramer to potential customers.

The solution, of course, was to create the DMG on Leopard and use it as template instead. I ran the new template through my scripts and reopened the final DMG on Leopard to check. It was fine. Finally.

Today I did the same with ImageFramer‘s DMG. For some reason, the one from Leopard showed without background on my Snow Leopard machine. I only added the background again and saved the DMG. It worked fine on Leopard too.

That’s it. So, if you use a similar technique for creating DMG, check them on Leopard and on Snow Leopard before shipping to avoid later embarrassment.