We don’t know how it happened but our application Blast is now the featured download on Apple’s download page. It’s great news for us and we hope it will make Blast known to a wider audience. Here’s the historic screenshot: 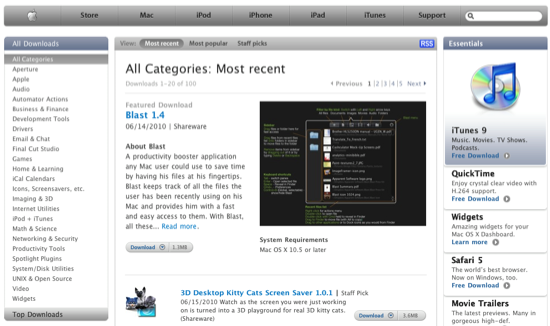 If you haven’t check Blast, simply download it now.

We’re glad to release Blast 1.3. This version adds many features that you, our users, have asked for and some more that we thought ourselves :-). 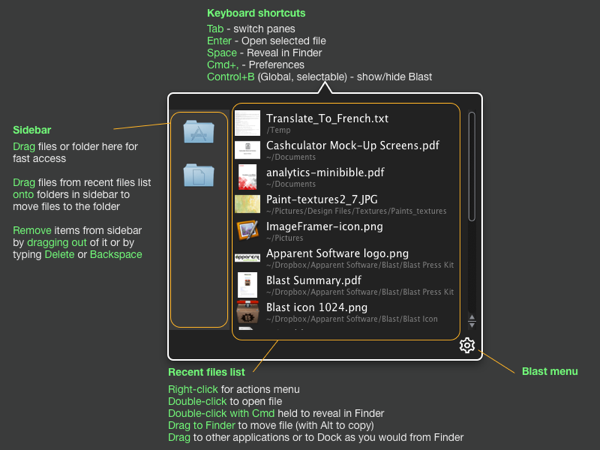 This is the relevant part of our press release.

Apparent Software announced today that it has acquired Blasted, a productivity booster application from Ted Roden. The application places all recently used files at user’s fingertips, providing fast and easy access to them. This acquisition promises an exciting future for the application, which already has hundreds of enthusiastic users. As part of the acquisition the application is renamed to “Blast” and an important upgrade, version 1.2, is released.

Blast keeps track of all the files the user has been recently using on his Mac. With Blast, all these documents are just one click away. The user can access the file list anytime by clicking on the application icon in the menu bar. Some benefits of using Blast: